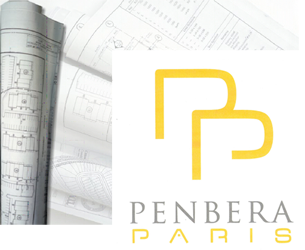 Brightlights Broadcast Technologies (BBT) is the parent company for both the development and delivery of commercialized digital age technology solutions and also direct services, particularly in four sectors: health care, media, entertainment and real estate. BBT has begun applications in the health sector through acquiring the operating licenses of California health service agencies and branding itself as InHOME. BBT is in the process of partnering with iStream including its award winning leadership team, its portfolio of Microsoft, Intel, Oracle, and private and public projects, and applying its resources in bigdata analytics, artificial intelligence, robotic process automation, innovative approaches to unstructured and structured data base connectivity, mining traditional, emerging, and external data sources, and marketing an integrated suite of data tools. This scope includes both health care and also other sectors of the economy.

BBT has purposefully located the company’s headquarters in the Central Valley of California because it is a relatively short driving distance to the Silicon Valley and is building its reputation as a low-cost and attractive alternative that meets the needs of technicians and professionals. The Fresno area is the fifth largest market in the State, and has many Presidential award-winning schools, very attractive and affordable housing, and a Forbes Top 25 public university. BBT has purchased a modern office building across from Yosemite International Airport as our headquarters, and already has legacy approval for a planned 70,000 sq, ft. six story Technology Center (pictured). The BBT campus is in a prime location: at the entry of a new tech and industrial park now under construction by T.N. Price on 43 adjoining acres, across from the International Airport and military facilities, in an Enpowerment Zone, and proximate to major western U.S. regional distribution centers, notably GAP, Amazon, Federal Express, and Schneider Electric.